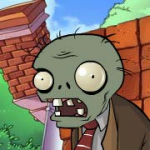 I started my Wiki adventure on the Plants vs. Zombies Wiki, another game by PopCap, so why not go here? I even found a freebie download of Insaniquarium Deluxe online!

If you have absolutely anything to say about this section, please sneak-a-peak at my talk page!

Pets unlocked during tanks 1 through 4 only. (Sorry Presto!)

Many people will disagree with my choice here. Yeah, sure, he is very redundant. But what if you want early money and you don't want to take risks? (Looking at you, Shrapnel.) His true power is in Presto-Vert, but I just decided to go a little generic.

Some people will say, "Why not Gash?" Well, let me forward to you a story told by my sister, who also plays Insaniquarium. She was doing very badly and soon had only one StarGuppy left, and Gash ate it, giving her a game over! It is rather easy to coax aliens to the bottom (shoot at their head) and if you are a good button-masher, you will have made short work of even Bilaterus!

The last three entries on my list are a group; they make a powerful bond that gives more power than any of them individually. Angie is very good against the Destructor + Ulysses combo because they both leave fish corpses in the tank! Just give careful attention to make sure all of the fish don't die at the same time. Also, Angie gets "brownie points" for starring in the credits.

This guy is...awesome. He gives you more elbow room to blast aliens.

All around awesome, only falling short to Presto. He shows you which fish are hungry, opens up all the menu options (allowing you to buy that egg piece without grabbing a $2000 BeetleMuncher first) shows where an alien is about to pop up and even shows how much health aliens have! His only weakness is Challenge Mode. Grab him and in Tank 1 you'll have 3 egg pieces costing over $10000...

Retrieved from "https://insaniquarium.fandom.com/wiki/User:Rsamsl103?oldid=8318"
Community content is available under CC-BY-SA unless otherwise noted.